“Now two innkeepers came to the king and stood before him. One of them said, “Pardon me, my lord. This woman and I live in the same house, and I had a baby while she was there with me. The third day after my child was born, this woman also had a baby. We were alone; there was no one in the house but the two of us. “During the night this woman’s son died because she lay on him. So she got up in the middle of the night and took my son from my side while I your servant was asleep. She put him by her breast and put her dead son by my breast. The next morning, I got up to nurse my son—and he was dead! But when I looked at him closely in the morning light, I saw that it wasn’t the son I had borne.” The other woman said, “No! The living one is my son; the dead one is yours.” But the first one insisted, “No! The dead one is yours; the living one is mine.” And so they argued before the king. The king said, “This one says, ‘My son is alive and your son is dead,’ while that one says, ‘No! Your son is dead and mine is alive.’ ” Then the king said, “Bring me a sword.” So they brought a sword for the king. He then gave an order: “Cut the living child in two and give half to one and half to the other.” The woman whose son was alive was deeply moved out of love for her son and said to the king, “Please, my lord, give her the living baby! Don’t kill him!” But the other said, “Neither I nor you shall have him. Cut him in two!” Then the king gave his ruling: “Give the living baby to the first woman. Do not kill him; she is his mother.” When all Israel heard the verdict the king had given, they held the king in awe, because they saw that he had wisdom from God to administer justice.”‭‭1 Kings‬ ‭3:16-28‬ ‭NIV‬‬

I am the dark-eyed child solemnly watching the circus in front of me. My short life has been full of traumatic change, but as I watch from the safe haven of this tall guard’s arms, I know I have nothing to fear.

Two women- who in the emotions of the event-are taking no thought of their high-class upbringing, nor their job- are in a heated debate regarding my future. One drunk on grief and shock and caught in the sticky web of deceit.  The other- frantic to prove that I am indeed her child and that she has no ties to the still form that she woke up to find…

And King Solomon seated on his throne, with his court in attendance- has a brief chance to hear the case and make a decision. His word is final. The bickering continues. Rehashing old details with nothing new to prove one way or the other. He clears his throat. The noise hushes immediately. It’s like he’s prepared for this in advance. He draws one quick line in the sand- the ladies react and he has his answer. Everyone stands in awe at the incredible discernment of this wise, fair young man.

I am the dark-eyed child. I represent the decisions you face- career choices, relationship opportunities, truth and justice, when to speak- when to be silent.

And you, my friend, are King Solomon- within you lies the ability to choose the path for your future. You must establish what is right and what is wrong. And when the opportunity presents itself- the court hushes and watches you.

Does it seem like a big deal? It really wasn’t for the King because he had prepared “Lord, give your servant a discerning heart to govern your people and to distinguish between right and wrong.. (1Kings 3:9) ”

All we have to do is ask-“If any of you lacks wisdom, you should ask God, who gives generously to all without finding fault, and it will be given to you. ” James 1:5

“Trust in the Lord with all thine heart and lean not unto thine own understanding. In all thy ways, acknowledge Him and He shall direct thy paths” Prov 3:5-7

So… that’s what He has to offer. Isn’t that amazing?!

Blessings to you as His Wisdom guides you this week, 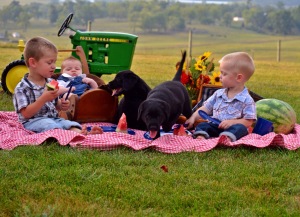 Recently, I’ve had a few evenings that allowed me to have a little bit of fun with my camera… Obviously we are not in the toddler stage around here… Wow… These little men kept us running all night to stay ahead of them… Then throw two puppies into the mix… What a party! 😉 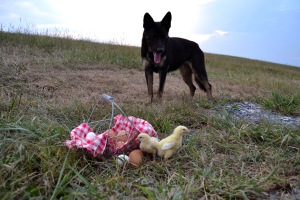 When Julia said “I do” She became Mrs Farmer- which included a chicken house on his home farm… They recently got a new flock and I’m working on a project that requested baby chickens. Kalila went along and I thought looked exactly like how I envision Psalms 23 and “Thou preparest a table before me in the presence of mine enemies..”  And Julia checks her chickens happily…

I didn’t realize how much Julia and Emily were alike… But the middle of the week, a chicken truck hauling live chickens, rolled, coming down the mountain, and Emily and Mother (like vultures-I told them) responded to the VDOT plea that there were still live chickens sitting by the roadside. So Emily was beside herself that she has a flock of chickens that lay eggs! Apparently the wreck was hard on them- because Emily called the next morning in a state of mourning (“I’m one sad little chicken catcher”) due to the fact that 50% of her flock was deceased… But she still has one layer… Omelets at Em’s house, anyone? 🙂 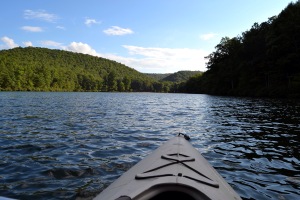 In celebration of one of my friend’s 30th birthdays- we enjoyed a bit of leisure time at Lake Sherando… What a beautiful place!