“I know my face ain’t no star

There’s others much prettier by far,

But I don’t mind it,

Cause I’m behind it.

It’s folks out front get the jar.

If my dad has quoted this once- I’ve heard it a thousand times. Seriously. This happens to be his favorite limerick. He’s not an enthusiastic poet like my mother, but somehow this limerick sticks with him.

I remember in 6th grade, I discovered limericks during a creative writing class. And I’ll confess- I love limericks. They show up randomly- like when I’m attempting to write a poem for my voicemail…

A limerick is a humorous poem that consists of five lines. The first, second and fifth lines rhyme, as do lines two and three ( rhyming sceme AABBA)

Anyhow, I have this 7 day encouragement card obsession… Maybe you heard me mention them before- but it’s “Secret Pal in Fast Forward” where you don’t know who’s sending you the cards until day 7. 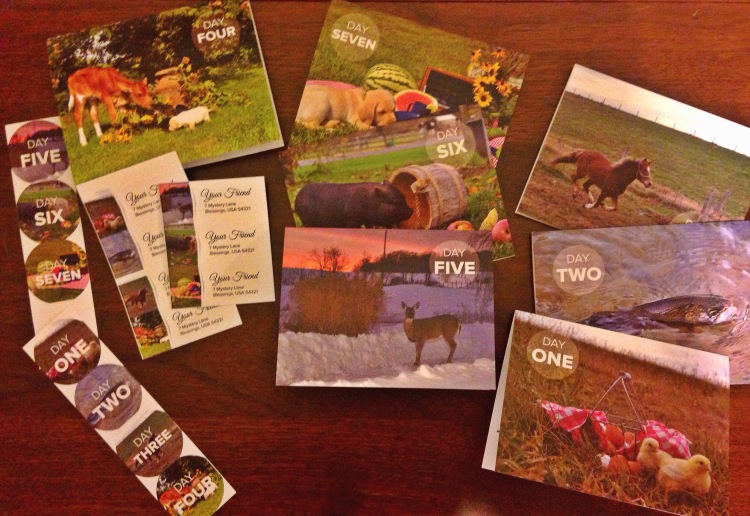 There are different options- Nature, Chango (the Nicaraguan Sock Monkey) and Animals. (Spend any time with me at all, and I’ll probably bore you with a story or two about this project. I am really excited about them) It so happens that the animal set includes limericks… So in celebration of the day…

There once was a little brown cow

Who lives in the our pasture now

As smooth as silk

But I don’t know exactly how

In the Valley there once lived a pony

For a split second I sat there

Then I sailed through the air

There once was a fish named Barter

Who lived in the cool deep water

Until hungry he got

Ate my worm on the spot

And now he’s smothered in butter

I’ll admit it confuses me when

My manners, I hear Mom reprimand:

“You are much too big

Keep your room as neat as a pen!”