Briefly- my mom has an old schoolmate who has blessed our lives for as long as I can remember. And when I first asked for ideas of things to do during this somewhat extensive project, right away Enid said “Watch a launch” her husband has been involved with NASA for years. So I googled it and saw that launches not only happen in Florida, they happen on Wallops Island which is right beside my beloved Chincoteague. I thought it sounded like an adventure, but similar to the book idea, I shelved it to “wait and see”.

Then in July during my Beachathon, I spent 5 lovely days on Chincoteague and somewhere during the course of the stay, they announced on the news that there was going to be the first launch since the somewhat disastrous occasion in October 2014, where the Antares rocket unfortunately exploded seconds after lift off. So I began following the process, skeptical that it would work, but curious.

Fast forward over a number of postponed launch dates and innumerable messages with Enid (bless her patient heart) It looked like we could coordinate our trip to the DC airport with Deb’s Kennell obsession and a trip to the eastern shore. I woke up Thursday morning, checked in on the NASA website to discover that the launch was postponed til Sunday, Oct 16.

I knew we were getting a lot closer than we’d been, because my Facebook feed started showing pics of pieces of the rocket en route to the launch pad. And it being lifted into place. And the full moon rising behind the rocket in position.

I was optimistic enough that I booked a motel room in Exmore. Everything on Chincotuague was sold out. Good sign.

Sunday Morning, I checked the site a dozen times, as I loaded the vehicle, and crowed about how much fun I’m having with my list of 30. We worshiped at church and then met Em and after checking the website again, we were off.

We drove down the road, My heart was full of the blessing of being surrounded by such good sports. Em and I got out our cameras and brushed up on our videography abilities. We sang loudly and laughed about life and memories and ate piles of snacks.

Father and Mother and Em and I. We didn’t even care that riding for hours in that fine Escape is miserable. I was so excited.

Until we were almost off of I64, when Enid messaged the bombshell. A cable hadn’t performed as expected and the launch was postponed a day.

So somebody totally flipped the switch on the morale in the vehicle. How on earth I always get my family into wild goose chases is beyond me. And how on earth they summons up the courage to head out on round 3,678, I’ll never know, but I hope they don’t discover this unfortunate pattern before I discover a cure…

So we still headed for the island. We paid the $8 to drive out onto to Assateague and walk up the beach a ways, and sit by the water and watch the sunset. 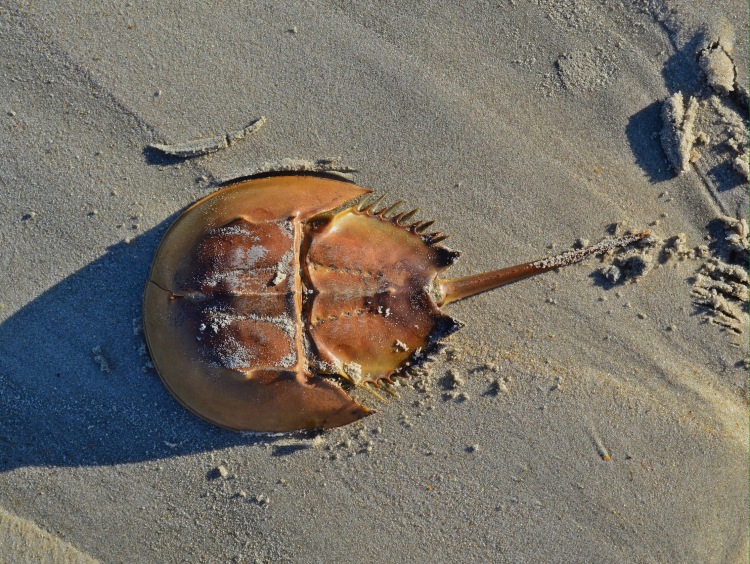 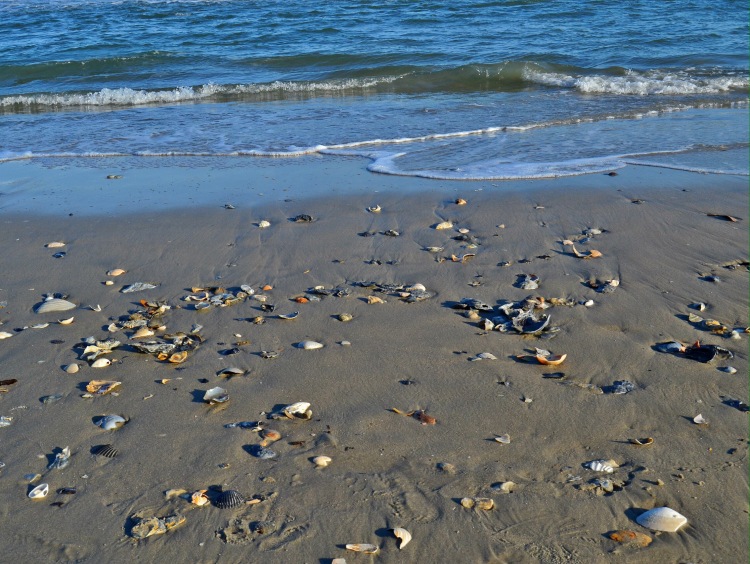 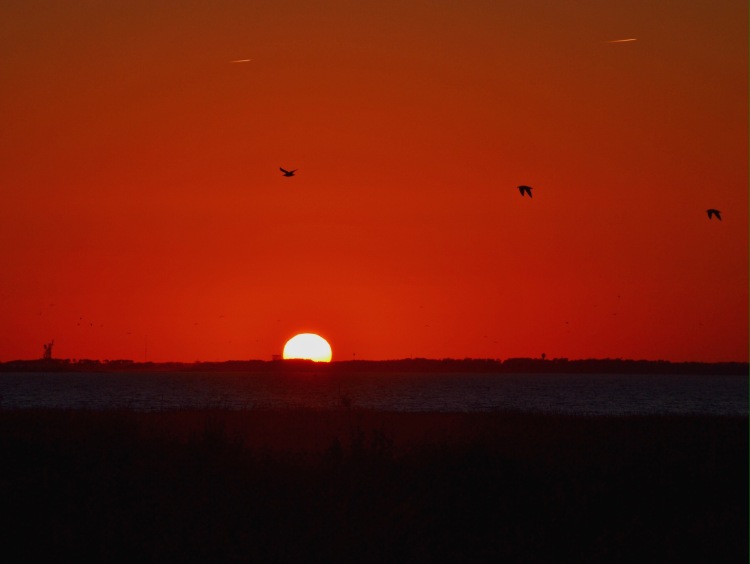 We headed for the Crab Shack and were not surprised at all that they were out of the Clam Chowder that most of our gang ordered. Nothing was really happening as we were wishing.

I was in a complete quandary, because I had a few things I needed to get home for, but nothing that couldn’t be rearranged. 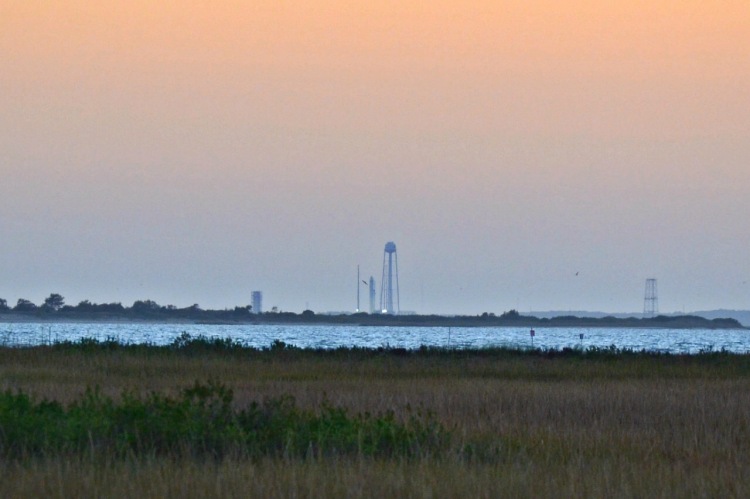 To make matters worse, Em and I thought we could save a small fortune on motel costs, so we came armed with the appropriate gear to share a room with my snoring father. Did you know that the best snores can penetrate shotgun earmuffs AND earbuds?

The lack of sleep did nothing to enhance the mood Monday morning.

Congress drew up a Bill of Rights and it passed with flying colors, until the President vetoed it without a backwards glance, and we were westbound and down. 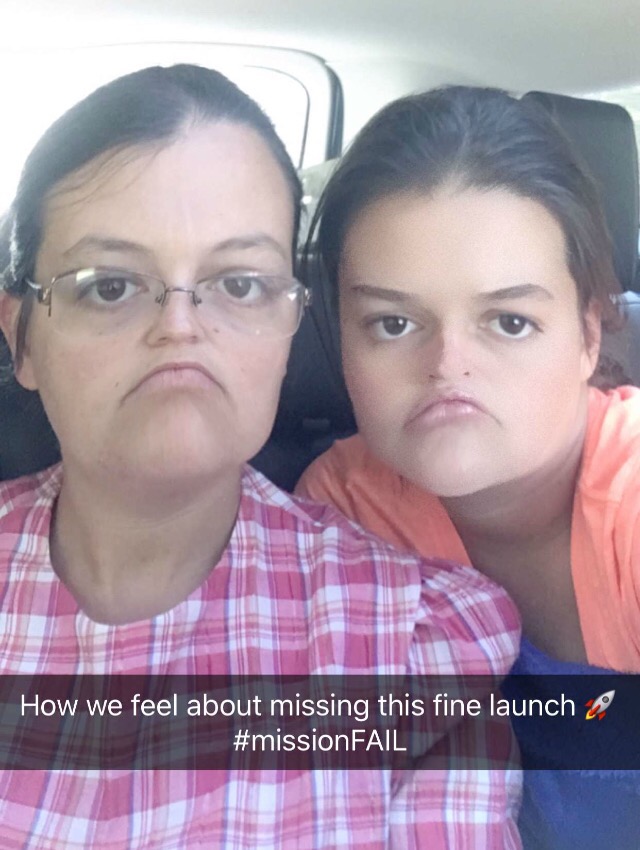 I’d like to say that I handled this major failure with the grace and maturity that all 29 year olds should, but I didn’t. I thought by the time I was at this stage of life, maturity would be accomplished and I could more or less breeze along. Maybe it’s because I haven’t gotten around to getting married. Maybe these qualities can not be full realized until one says “I do”. Perfect excuse, KH

It crossed my mind to ignore the launch after we got home, but, Monday night, Emily and Kerry came over for supper and we watched the launch live over the internet, and then watched the red glow shoot across the sky and I couldn’t help but be super excited and feel a little sick at the same time. We were so close.

The entire object behind my #30for30 is to seize the opportunity to learn. And that was successful. My bro-in-laws got all excited about this and pulled up facts about the Orbital ATK Antares rocket that were incredible- it was over 13o ft tall, and was loaded with 5100 lbs supplies for the International Space Station. The rocket performs in 3 stages and had an incredibly specific window of opportunity (when it would meet the station- someone said 5 seconds, someone else thought 5 minutes, regardless required lots of precision)  It will be “grabbed by a robotic arm” once it reaches the ISS…

I also learned -again- that life doesn’t go as expected. But that’s ok. And a good sense of humor is never a wrong thing 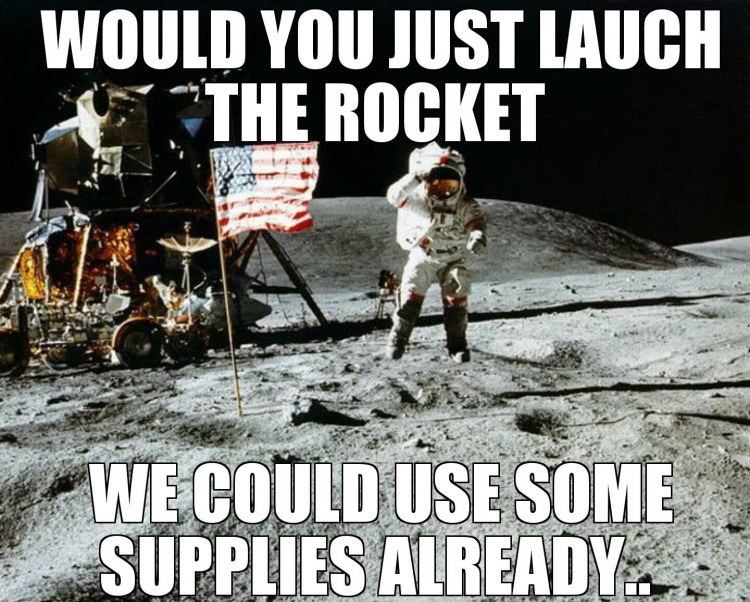 Thanks Ben, for creating a meme for our “pointless trip”

And when we fail, hopefully we have the chance to make amends and try again:

So this is not the end. Assuming there will be more launches on Wallops Island, I am determined if I live and keep my health. And should my family decide they have better things to do, I’d be happy to add your name to the list of people going to witness this firsthand. But go ahead a pack a big suitcase, We may be staying a few more days than planned… 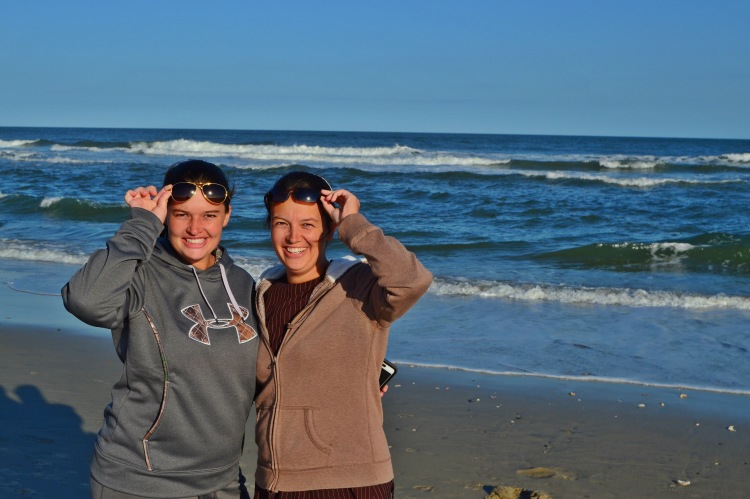