There was a change in the air. Such a subtle change, that the animals on the farm paid no attention. But the grove of sugar maples on the distant bluff felt it and took notice “it’s go time” they whispered. And the whisper echoed across the valley “it’s go time.” “Go time” “Go time”…

The Farmer couldn’t hear the whispering, but he looked at the calendar and smiled “it’s go time” he announced. His energetic family cheered at this news-the sap was beginning to run!

The tall tall trees watched them coming across the field. They had a lot of respect for the family. Any time of the year the younger members of the family would form an Indian band traipsing through the forest on an imagined adventure. The corner of the forest held lots of evening volleyball games, and campfires. The Family loved this grove of trees, and took good care of it. They were not to be feared.

And so the process of tapping began. Similarly to donating blood, the tree stood unafraid as the taps were driven in about 1.5 in and a bucket hung to catch the glistening water that soon appeared on the end of the small metal tap.

The process of tapping trees was not a small order, but after several hours, the job was complete. Now it was time to wait.

The change in temperature forced the sap to move. “Beat you to the top!” The drops of this life blood shouted to each other. They understood their job assignment- transport the very life of the tree from the roots to the tips of the branches overhead. Working quickly before the temp dropped, they surged upward.

But the travel route was obstructed and one by one the droplets of sap found themselves exiting the safety of the bark on the tree. Sprinting past an entire colony of ants who had collected at the tap. The ants were pushing and shoving, trying to get more than their share of the sweet water.

Narrowly escaping the enemy, the bead of sap ran to the end of the tap and dropped silently to the bottom of the bucket. And there it stayed, as its comrades swiftly, silently fell to join it.

The next step in the process included a trusty 2750 John Deere, a collection tank, and the farm family. They descended on the woods and the half filled collection buckets. Back and forth they tromped, emptying the sap buckets into the tank until the tank was almost full and the tractor struggled to pull it through the mud.

The trees rejoiced when they saw the load of sap safely delivered to the sugar shack. But then they lost sight of the process.

The sap was pumped into an overhead vat. “We had a good run today”, the Farmer stated “even with the fact that it takes 40 gals of sap to make 1 gal of the finished product, it was a profitable day.” And everyone smiled-if the Farmer is happy, everyone’s happy.

But the sap was unprepared for what happened next. It was rather uncomfortable. A float restricted the flow of the sap as the refining process began.

The sap entered a large cooking vat. A wood fire started the sap boiling. The Farmer’s sons carefully tended the fire so scientifically that a timer went off every 7 minutes asking for more wood for the fire. They paid careful attention to the temperature of the product as the rapidly changing sap ran through the channels of the open surface of the cook stove. The entire sugar shack was filled with the most deliriously sweet scent as the water was evaporated off, changing the product from sap to syrup and leaving only the pure sugary syrup behind. 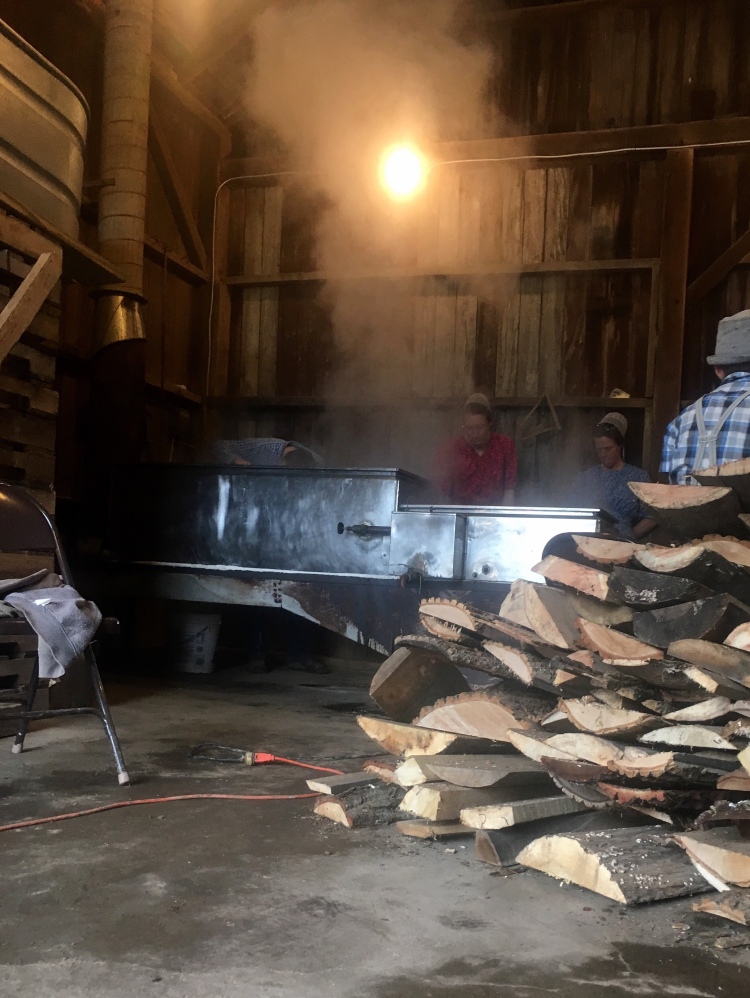 Once it reached the desired consistency, the syrup was drawn off and the next sap moved in to take its place.

The journey of the maple sugar syrup was nearing completion. The final stop was the Farmer’s Wife’s kitchen where the hot syrup was placed into jar and sealed. The maple syrup glistened in the jars ensuring delicious breakfasts for the next year. 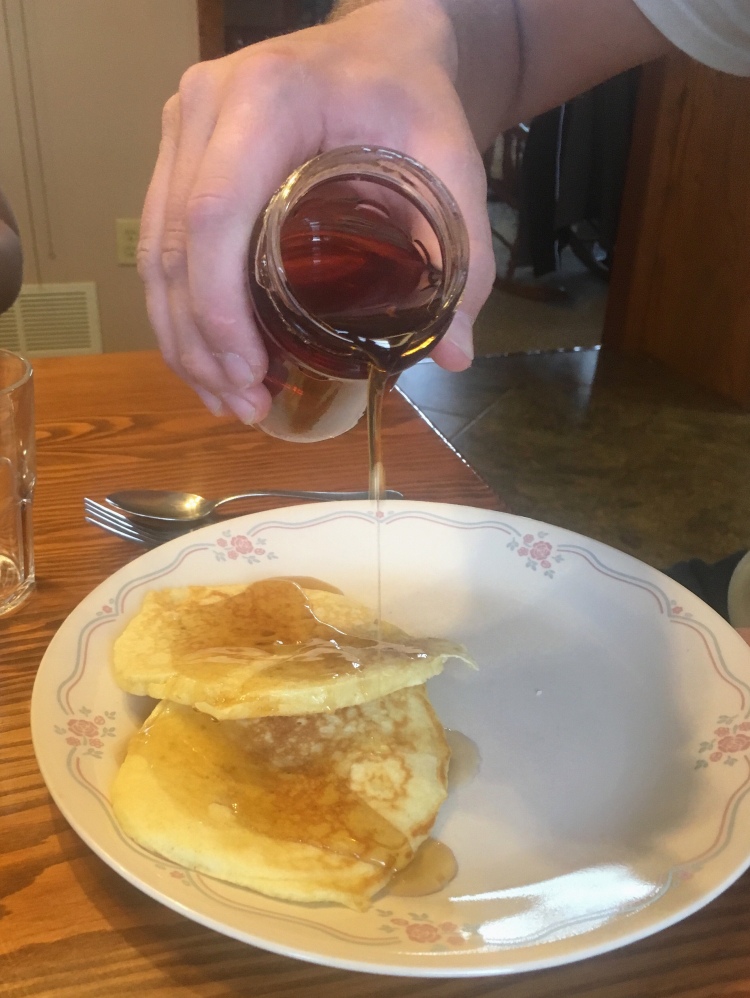 I see some of the journey of the sugar maple sap in my own life. We start out strong, eagerly anticipating what we expect to be our story.

But that doesn’t always come to be. And the refining process hits us hard.

No matter how good life is, how blessed we are- there are still tough things we have to work through.

I don’t know what fires mold your life, but 1 Pet 1:7 encourages me:

“These trials will show that your faith is genuine. It is being tested as fire tests and purifies gold—though your faith is far more precious than mere gold. So when your faith remains strong through many trials, it will bring you much praise and glory and honor on the day when Jesus Christ is revealed to the whole world.”

May the results from the painful circumstances/refining fires of today produce fruit in my life as sweet as pure maple syrup!

One thought on “A Sermon from Sugar Maple Syrup 🍁”