The sun was valiantly attempting to shine through the fog as one by one Paradise Lane welcomed a stream of Emergency Personnel vehicles.

I’m not sure who had gotten in touch with Emily, but they requested that our grain bins be used as training grounds for a staged grain rescue with Rockingham Co Fire and Rescue Tech Rescue Team.

Add a TV crew hoping to get some footage for a safety awareness program they are hosting, and every single dog that our family owns and you pretty much have the stage for the event.

Grain safety is not one I think about often, honestly, but it can be a deadly hazard if someone were to get trapped in its quicksand. Most common occasions would be if the grain is exiting the bin and would bridge creating an air pocket. If someone were to enter the top of bin when the pocket collapses, the grains move rapidly, engulfing the victim, and without a miracle, the victim would suffocate.

There are so many stories of children in gravity wagons, farmers entering grain bins, etc when the results are deadly.

After everyone arrived, they had a brief meeting going over the agenda for the morning- assigning different jobs to different members. The TV crew also referenced their goal with this program- to heighten awareness that grain storage is NOT a big sandbox for children to play in. The one lady mentioned that they would love an interview with a grain entrapment survivor. At this point everyone looked awkwardly at their shoes, and mentioned a few names of bereaved families, but no survivors. I’m sure there are success stories, but trapped in grainy quicksand is a very serious thing.

The session began then with everyone heading to the emergency vehicles and pulling out all sorts of apparatus. Air tanks and safety cables were among the equipment ready for use.

My sisters and I stood on the sidelines and alternated between watching the training and watching my dad. Father (who has an allergic reaction to news reporters of any sort) was unloading soybeans into another bin at our storage facility and somehow the one camera guys started following him. I’m guessing that reporter had never witnessed a pair of crocs in such high gear as Father rushed back and forth between the graintruck and the bin before roaring out the lane 🙈 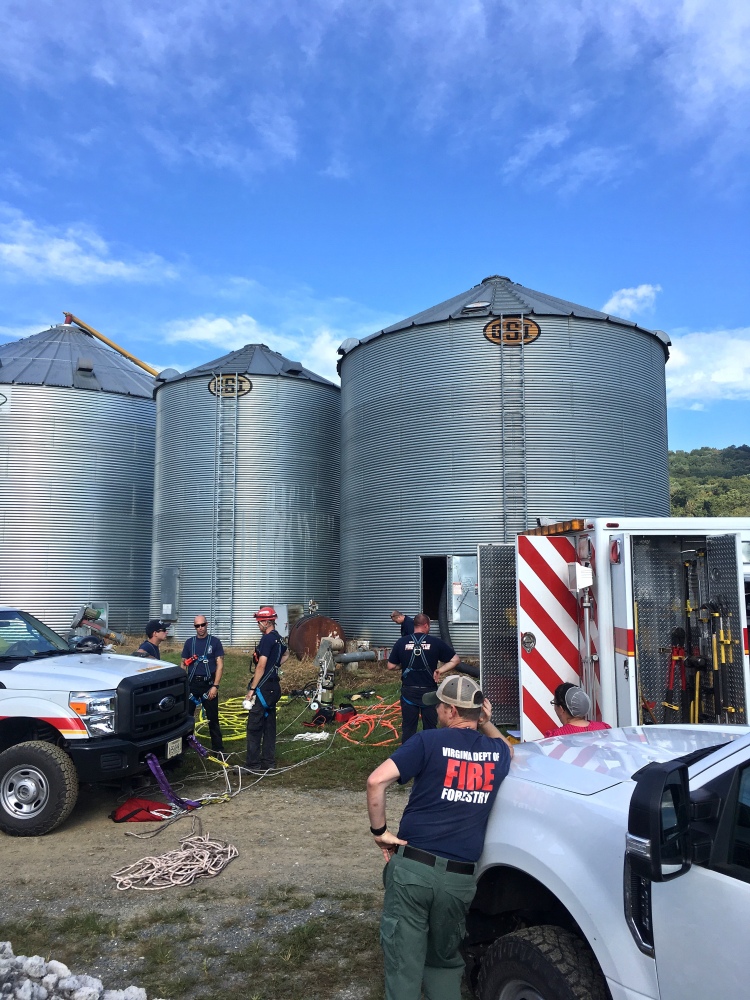 Finally everything was ready and I assumed the climax would be when they retrieved the dummy from the bin. It was a little bit of a let down when they unceremoniously heaved it from the entrance of the bin and left it in a crumpled heap on the ground. (Em said “what did you expect them to do with a dummy? Backboard it? Start an IV? CPR”)

I don’t know wether they considered the day a success or not. But it certainly gave me food for thought. Basically the message is clear. Do NOT enter a grain facility that you are unfamiliar with. Make sure safety is first. Think ahead. Avoid death.

And really this is true in more areas than grain handling. The wages of sin is death, but the gift of God is eternal life. The choices that we make today may very well lead us into a grain avalanche that will effect our eternal destiny. Think ahead. Avoid death.

Also don’t be afraid to share your story. I found this quote while looking through my New England Lighthouse pics and it’s been challenging me ever since.

“The scars you share become lighthouses for other people who are headed to the same rocks you hit.”

I’m finally the “white sheep of the family” 🙈 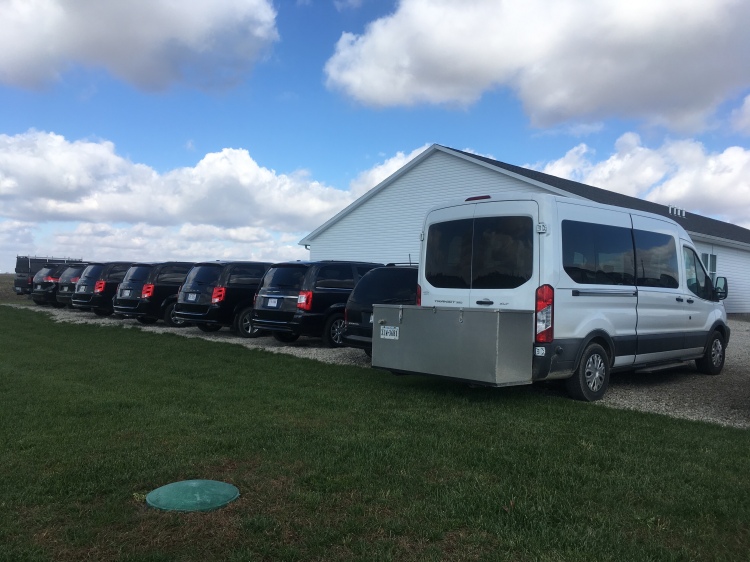