Waslala has held a spot on my bucket list for a long time. I tried to visit during 2011 when I was on SMBI’s WATER program, but that didn’t work out. And then after Deb moved here-I knew it was closer to happening-but the drive was long and challenging and her vacation days were few and rapidly spent on connecting with people in the States…I honestly wasn’t sure it was ever going to become reality.

You know those moments when God opens a random door and completely surprises you? This week I stood in one of those doorways and literally pinched myself. One of the girls (named Darling) from Waslala had been helping the church here in Leon and she needed a ride home, so the board graciously allowed us to accompany her and worship with the church of Waslala during their Church institute. (Bless you, OBMM board) I can’t believe this opportunity presented itself right in the middle of my stay! 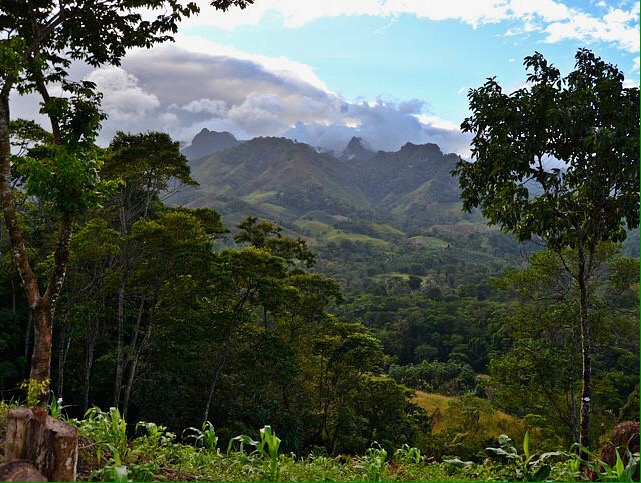 We were gone for 5 days and packed as many experiences into that time as possible.

We met Mr Sloth on our way as he was inching along the road. He had such a humorous deliberate gait… He wasn’t too sure about the truckload of lady tourist all raving over him. They tell me that he’s more of a rare breed because he has 3 toes instead of 2.

We stayed at an office on Pablo Yoder’s property. Their place was incredible. Someone spends a lot of time tending the out of doors. And not to mention the monkey on its own island and an alligator that lives in the moat.

We went over the river and through the woods to the CAM clinic. They weren’t open this week, but we still got the full tour. They see between 60-120 patients in a day’s time and are able offer the medicines at reasonable rates, thanks to their generous donors. 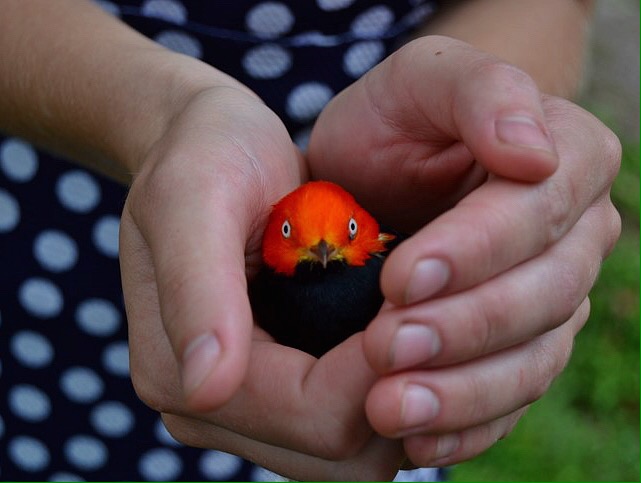 Beth caught an exotic bird. This wide eyed creature is called a “Red-capped Manikin” and is only found in higher elevations… not sure what brought him down to see us, but he only last for 2 days before he couldn’t stand the heat and died. Not sure what temps he was used to because we found the 60 degrees chilly. Ah well, may he Rest In Peace. 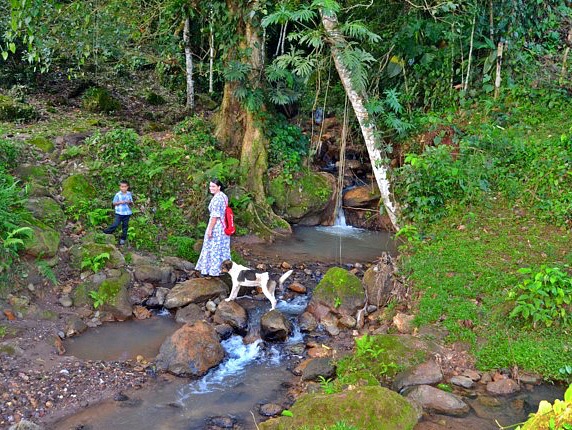 Another highlight was heading out early one morning to Darling’s brothers farm and helping him milk cows. Six year old Kenny and his hilarious dog Ranger led us down the trail across the creek and over to where the cattle waited. The birds sang and the vegetation was so lush and green and water gushed along. It truly sounded like the “rainforest” option on that old alarm clock I used to own.

They tie the cow’s back legs together with a rope and tie her calf to her front legs to encourage her to let down her milk, and then milk away-making sure to leave a little for the calf at the end of milking. Deb and I are happy to report, we have not lost our milking ability-but admittedly our wrist strength gave out more rapidly than those who do the task daily 🙂 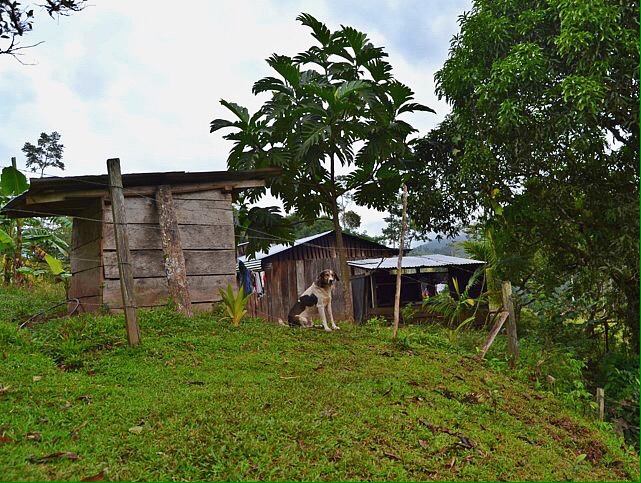 Upon return to the house, the Mrs had whipped up fresh tortillas ( so fresh she’d ground the corn that morning) rice, and frijoles. AND Cafe con Leche (coffee with milk we’d just harvested). What a feast! Nothing can imitate that open fire flavor.

But I think the most outstanding part of our experience wasn’t possible to photograph. Every day at 1:45 we marched across another river and through the town crossroads. (There was always some sort of animal excitement going on here, whether it was a loose cow, or 2 guys walking along with their pigs on a leash) We continued up the dirt road to where about 60 brothers and sisters in Christ gathered together to lift their voices in song. Such jubilant singing is hard to describe-but it is the sound of the redeemed praising the Redeemer.

The truth is we all have a story. And while mine might not be the type of miraclous “remind me to tell you her story after church” type- it is still a story of equally noteworthy reminders of God’s love, grace and forgiveness.

I’m extra thankful for this tonight.

P.S how many bananas do you suppose $1.20 ( C$35) will buy you in this land flowing of milk and bananas? Well honestly I got a little confused counting them on the hanger we purchased-but I’m pretty sure we came home with at least 105 bananas ☺️ just realizing how many dishes using bananas we need to dream up